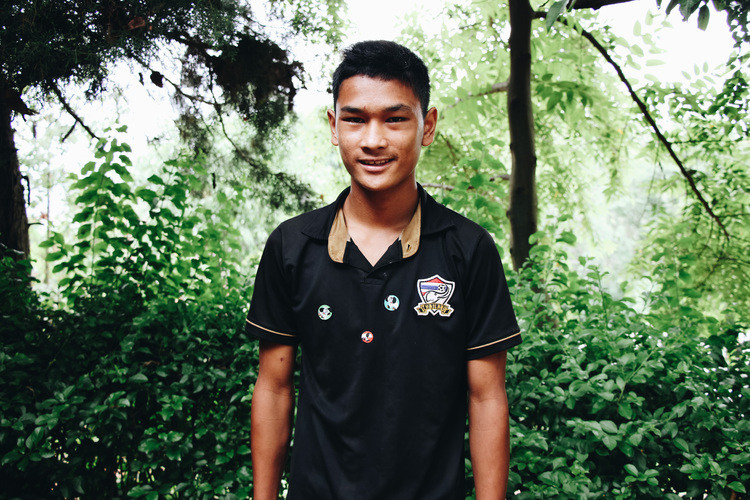 When I Grow Up I want to be a professional soccer play and/or a pastor. I would like to be a pastor at the Kae Noi Orphanage.

Isamue's (known as "Samuel") father was involved with a Myanmar drug cartel (rebel force). His father took out a loan with the cartel but could not find a way to pay it back; therefore, his father was forced to join the rebel army. Not wishing to fight, his father fled to Thailand to escape the army. Once the cartel caught on, they pursued Isamue's father and their family. Isamue's father returned to Myanmar to get his family. While doing so, the Thai border patrol ambushed a large group of people crossing the Myanmar/Thailand border and his father was killed. By the grace of God, Isamue was brought over to Thailand before his father was killed. Today, his mother lives in Thailand in a small village town.